I’ve recently noticed that my battery has been draining quite significantly over-night on my LG G6.

I typically have the phone connected to 4G and wireless with Bluetooth turned off. I haven’t installed many apps lately, in fact I have un-installed apps that I have not been using. A quick check of my battery usage did not provide any helpful indication as to why the battery would be draining quickly either.

The only solution that I could find that simply did not involve turning other features off (LTE, location, Bluetooth, Wifi, Background sync etc) was as follows: 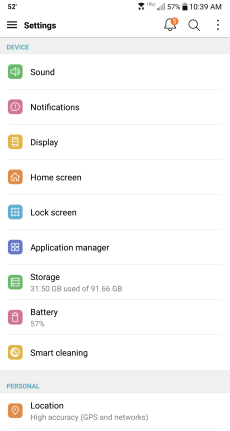 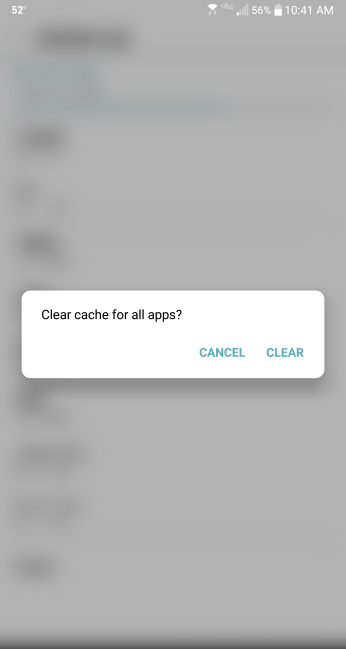 Power off and restart

This seems to have dome the trick for me so far …

I got an LG G6 a few months ago and found some interesting tweaks on YouTube last night – these are my favorites, so far:

Transition animations take place when you navigate the User Interface on your phone. Shortening these transitions will make this experience feel more responsive. For example, the app drawer will open more quickly.

Warning! Turning on developer options might result in irregular behavior on your device. These options are recommended only for advanced users.

If you are comfortable with this then proceed as follows:

You will now find navigating around your phone much snappier.

Turning on this feature will improve location performance while conserving battery.

Customizing lock screen application shortcuts allows you to get to a frequently used app straight from the lock screen:

5. Double tap the screen to turn it on or off.

This feature allows you to glance at your lock screen simply by double-tapping the screen to turn it on and off:

The YouTube Tech Guy: How To Make Your LG G6 Faster & Improve Your Battery Life

The need for a new phone, the lack of Windows 10 Mobile hardware on any carriers, and the need to switch carriers saw me waving goodbye to Windows 10 Mobile yesterday. And so, I found myself in the position of needing to move my data from Microsoft services to Android / Google.

To backup my SMS messages from my Microsoft Account I used the WP Message Backup app from the Windows Store on my Windows 10 PC. The app will backup 100 messages for free. I did not check the cost of backing up 10,000 messages (as I had more than that) and so I opted for unlimited which cost $5.49.

The app is easy to use – select Windows Phone 8.x or Windows Phone 10 and then sign in to your Microsoft Account. If you have a lot of messages it will take quite some time to populate.

Click the Android (xml) radio button. Before you export you will need to review the number of messages you need to export vs the free and paid options that the app offers. I paid for unlimited message export. Click the Export button and then save your .xml file to your PC.

WP Message Backup did throw up an error message at the end of my export and notified me that 288 messages could not be saved. I wasn’t too worried about it – I still had over 11,000 messages successfully exported.

I transferred the .xml file to my phone using USB – you could use cloud storage if you prefer.

On my phone I installed SMS Back & Restore to import my messages. It took a little while, and the Messaging app was a little flaky while I went through and weeded out all the junk. All things considered the migration was a success!

And so, I found myself in the position of needing to move my data from Microsoft services to Android / Google.

On Windows 10 I had long been ripping my Cds to mp3 and copying them directly to the Music folder on my SD card on Windows Phone. All I had to do in Groove on my phone was point the app to the folder with my music and I could listen to everything offline.

I found it rather odd that Groove on Android did not behave the same way. I tried copying my music directly to the Music folder on my phone but could not see any option to point Groove to that folder.

The rather odd solution is to use OneDrive to sync music between Windows and Android (which takes time).

I copied my mp3 file structure from my SD card to my PC and then up to the Music folder on OneDrive.  When the upload was eventually complete I could finally see my music on my Android phone. From the Groove hamburger menu I selected My music and then clicked the Refine drop down menu and selected OneDrive from the list.

But, at this point my music was still not available offline. I had manually tell Groove to download each album, from OneDrive, one at a time. To do this tap on an album and then tap the ellipsis menu and select Download from the list. Repeat for each album!

What should have been a simple process ended up being rather cumbersome. Sure, I could have just copied my music to the phone and used the stock Android music player – but I wanted to use Groove, because I like the dark theme.

And so, I found myself in the position of needing to move my data from Microsoft services to Android / Google.

I started with my contacts and found that importing from Outlook.com to Google was straightforward enough.

First log into Gmail and then switch to Contacts using the drop down menu.

Click on Outlook.com to import contacts from other accounts.

The starting import dialogue will appear. 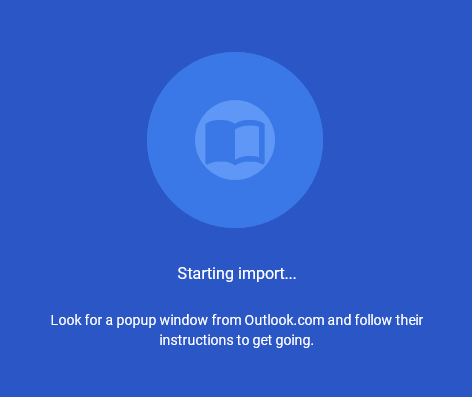 Wait for the process to complete. 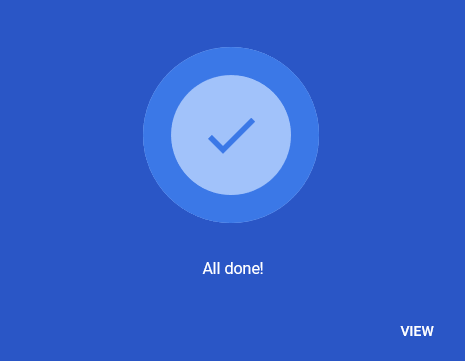 If it doesn’t happen straight away you can open your Contacts app on your Android phone, tap the menu (three vertical dots) and then tap Sync now.